Students were treated to an assembly today to celebrate Veterans Day. Our band opened the assembly with the playing of “Washington Post March” and “A Patriotic Salute.”
Mr. Donald Hepler was honored for his brave service during World War II. Mr. Hepler served under General Patton in the Third Army. During his time in the Army, he earned the rank of Staff Sergeant, specializing in maps and intelligence records. In 2014, Mr. Hepler was awarded the French Legion of Honor medal for his services in World War II. Mr. Hepler and his family joined us for today’s festivities and we were honored to have them.
Our High School Chambers Singers led the singing of the “Star Spangled Banner.” Joining them to post the flag were the Boy Scouts of America. A presentation slideshow was shown of our community veterans with the band playing “Marches of the Armed Forces Medley.”
Our guest speaker was Marine Veteran Mr. Claude Shorts. Mr. Shorts spoke on his time as a Marine in 1975. Mr. Shorts went on to serve as a Marine Security Guard before joining the White House Security Team. This gave him a very high clearance and several opportunities including meeting foreign dignitaries and working with President Nixon. Mr. Shorts is also a combat veteran serving in both Iraq and Afghanistan. Mr. Shorts worked in manufacturing and security including security service right here at Wilmington.
Thank you to all veterans for your service and our freedom. We owe our livelihood and our gratitude to you for your sacrifices. Our students would not be able to sit at their very desks without your service!
This entry was posted in General News. Bookmark the permalink. 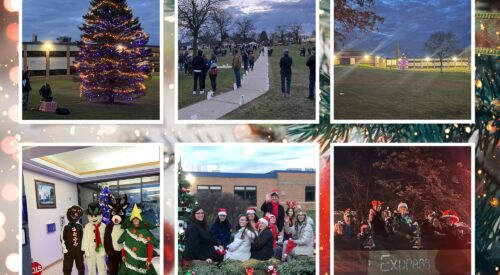 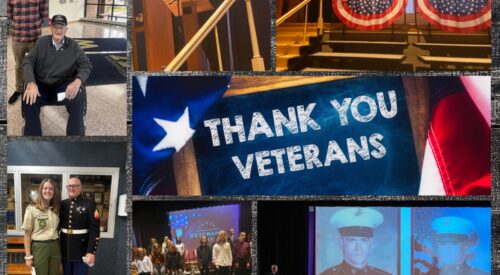 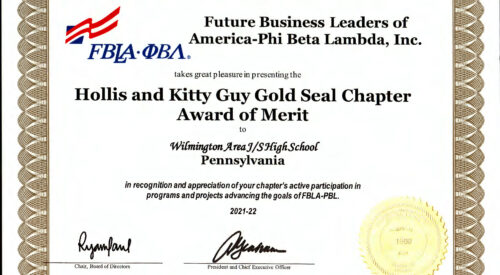